Dyson’s sculptural paintings of Upper Paleolithic art (created for research) have become popular among museums and fine art collectors.  The cave of Lascaux is closed to the public forever and with this closure, the ability to view the art the way it was intended–by firelight. Dyson’s sculptural paintings enable the viewer to experience the spectacular firelight movement of prehistoric art.  For more info, please see video “The Light of Lascaux” below. 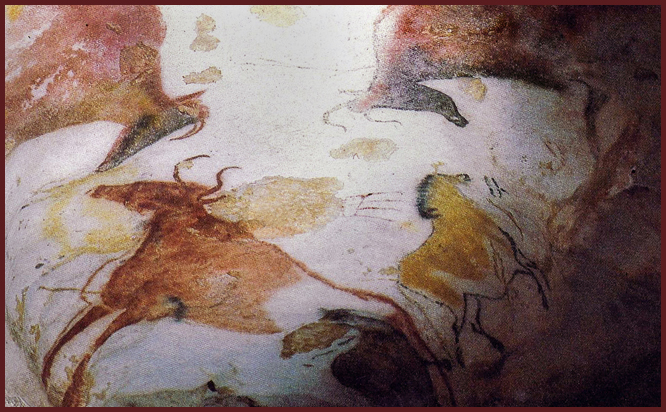 The Galloping Mare is located near the ceiling of Lascaux, known as the “Sistine Chapel of prehistoric art”. 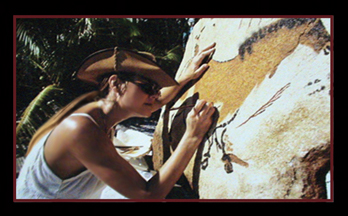 Dyson conducted numerous experiments using the “Lamp of Lascaux”, a red sandstone vessel found in the cave that she replicated in order to utilize as a research tool. This beautiful piece of functional art has a handle with engraved chevron markings that have similarities to those incised in the cave walls. Prehistoric man used animal fat with Juniper wicks to light the interior of the cave with this lamp—which essentially becomes a “remote control” in one’s hand as the flame is also used to create movement in the art. Dyson found the area where the sandstone originated a few miles from the cave of Lascaux. She experimented with the techniques used to carve the stone into a prehistoric lamp, along with extensive experimentation within the caves to determine its implementation. 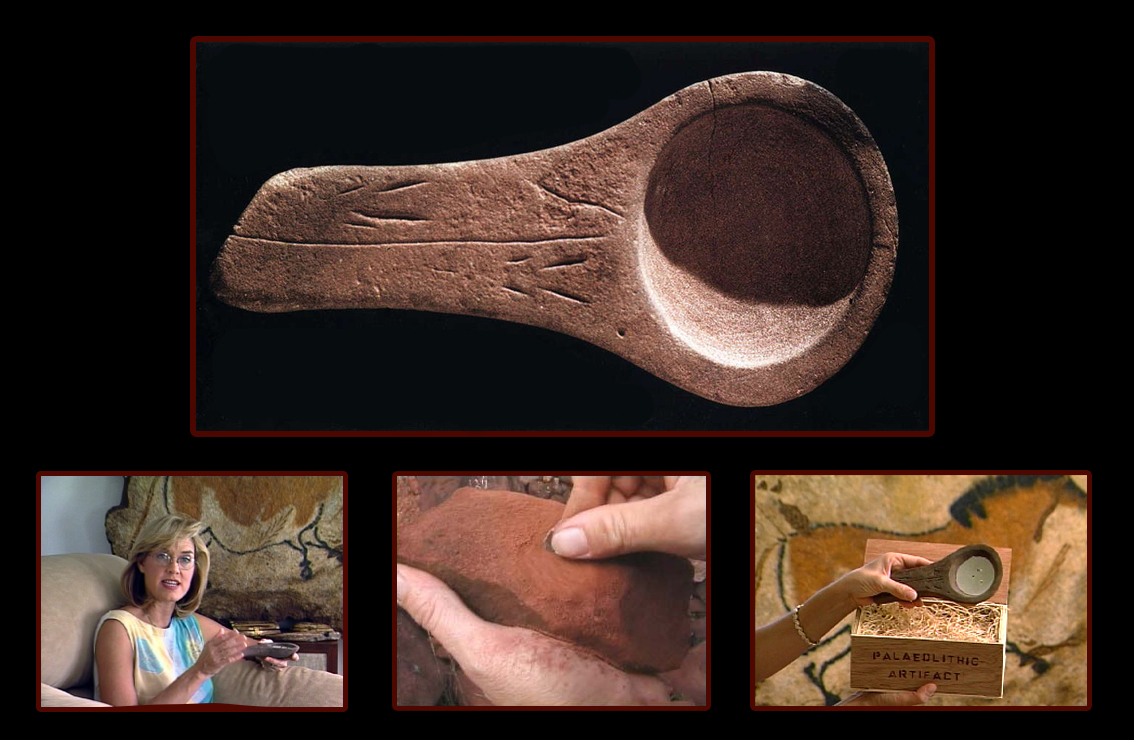 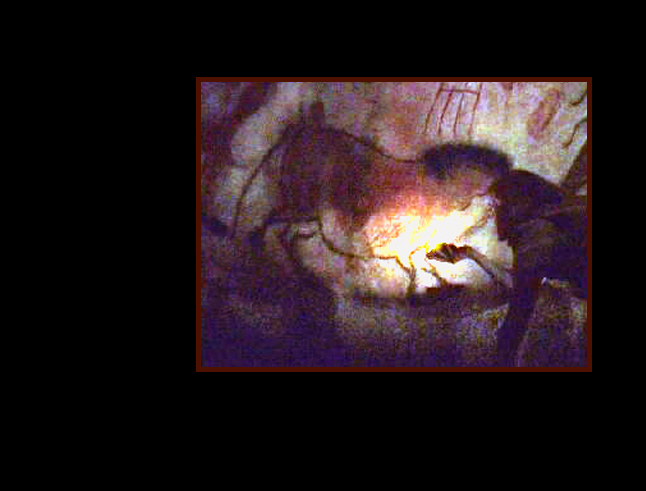 ←In this photograph from a video lit only by firelight, Art Historian-Etiologist Amy Dyson illuminates Upper Palaeolithic art from the cave of Lascaux.

By the light of fire within the cave…the horse gallops, the mane bristles, and the tail flows in the wind—just as prehistoric man experienced this magnificent art 17,000 years ago.

When the flames from the candlelight flicker, prehistoric 3-D animation comes alive on the walls and ceilings of the cave. The firelight movement surrounds the viewer within a continually changing menagerie of quivering and pulsing animal forms.

“17,000 years ago, a message was communicated on the limestone walls of a cave. This message has lived on throughout mankind’s civilization on earth and now the message from Lascaux belongs to you…”

“I have found my masters.”

—Pablo Picasso when exiting the cave of Lascaux, 1940 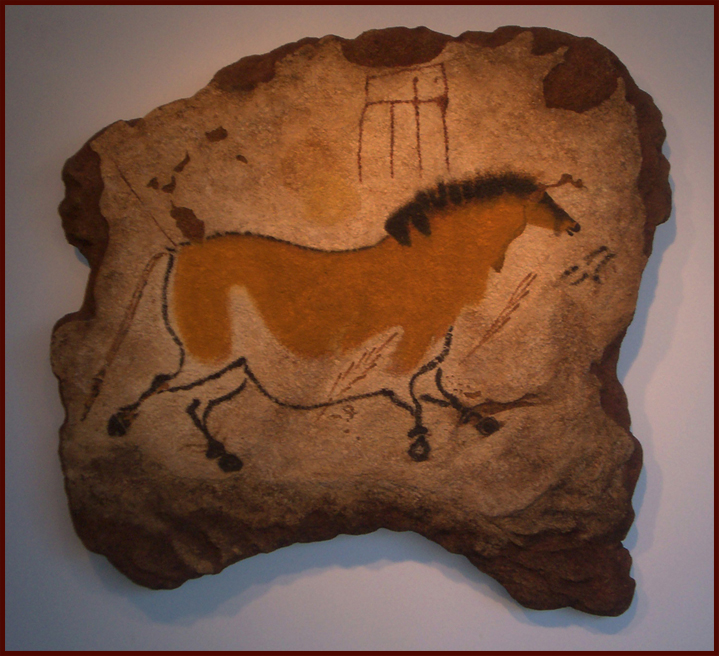 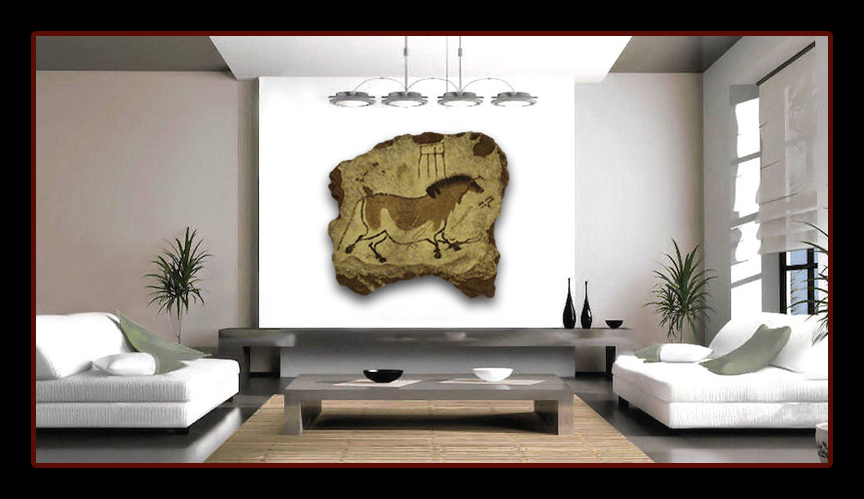 VIDEO:  The Light of Lascaux
A video about the Lascaux research of Art Historian-Etiologist Amy Dyson
“Magellan’s Dream” music composed and performed by John Ryan

The Cave of Lascaux

Enjoy a 2 1/2 minute virtual tour of the prehistoric cave of Lascaux.
Note ‘The Galloping Mare’ on the right at the 24 second mark.